Hey there, it's a new year, the pandemic is still going on, and remote work is established as the norm. 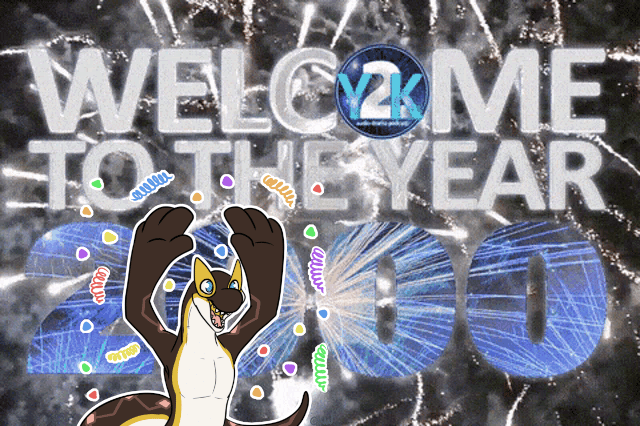 2022 flew by fast, as the pandemic years really seem to be going. I wrote plenty this year, even went to a cool place like DEF CON 30 at the end of summer, and wrote about Ed25519 a few times. That got some traction.

Oh, and my blog has some more technology to it. You won't see this article until midnight my time! But I will have long since deployed it. Turns out I can do quite a bit of useful postprocessing with Cloudflare workers on a static website.

Unlike last year, I do not have any year end projects to share for my holiday vacation. I planned to work on just-enough-webauthn, which I started around Thanksgiving. Instead, I have reasons to move on from my current employment.

You may see REDACTED occasionally. This is a feature I added just for this article. You will not have access to some more personal details unless I know and trust you. As such, the content of this article is far more raw and less refined than the usual.

In short: I am looking for a new job. I believe I can easily find a new one that matches my history of leading a platform team. But will that make me happy? Going forward, I will be specifically looking for opportunities to do cryptography.

I started using linux when I was fourteen or so to use a PSP cross-compile tool chain. I actually developed C kernel plugins before I knew what C really was.

At some point I started doing server programming in Java for runescape private servers, when that was a thing. Java 6 was so bad.

I started freelancing web development during high school. Earned enough on my own to purchase my own computer parts. I was relying on a pentium 2 laptop for a long time. Then I graduated.

I managed to get hired for a university student developer job with my existing skillset, before my first class started. I was the only freshman ever hired for that role.

I worked part time in university and found I was great at both product development and no one else in the team but me could safely maintain shared code like the database driver and stored procedures. This was a hint that I liked developing for other developers.

I really liked databases in university. I even considered working on Casandra professionally. But at the time? Ewww java. Everything I encountered up to that point was Java 6.

I somehow became a technical editor for a textbook on kickstarter. I got good at LaTeX.

Classes got sufficiently difficult. Oops, I accidentally wrote a multi-physics engine harness to compare physics simulation for cinematography for an English class.

I was intimidated by big tech. My peers were getting offers from microsoft and google. I ended up in some place in the midwest. When I joined, they had 5,000 staff.

I was challenged to reduce the burden for QA on a system fundamentally incompatible with writing unit tests or integration tests. And I burned out thinking, "I'm so smart, surely I can do this on my own."

The staff count grew to around 9000. The company missed an important deal and began to manage out all the low performers. I failed my Performance Improvement Plan.

While burned out and my personal self image ripped to shreds, I resigned with two months notice. That was the maximum they'd permit.

Three weeks later I was out of burnout. One week after, I was the top team performer again. And my manager was so confused. I finally figured out how to let go. And I left. Also in retrospect, I learned several things: communicate a lot and recognize when you are stuck and escalate.

I got an underpaid job as some "full stack software engineer" somewhere. I'm still there at the moment this is published.

I'd speak sometimes at clojure and haskell meetups. Back in college I developed a life goal to speak at tech conferences. I haven't yet, but would like to.

While at a very gay furry convention, on vacation, my employer got breached.

One of the developers went and stored bank information in the database without any protection or confidentiality.

Thus began my journey into cryptography. Where I tried and failed twice to secure that information. It is quite secure now, but whoa, I found my niche.

I bought a house! Finally, I can live free from an apartment building infested with black mold which caused me to cough every day. The most the landlord would do is provide a spray bottle of bleach water.

The pandemic started and the world changed. The housing crisis became a thing too. Good thing I got one beforehand.

My boss resigned and moved elsewhere. I started leading the team from a technical level, not people management. At the time, I felt I hit a ceiling with my productivity and impact, so I was ready to do this.

Then I was told, "You're a manager now! Start having 1-1s" I had to develop new soft skills to see how others work, how they feel, how to communicate with them in this relationship. It was all new to me.

Four months later, I was officially title changed. They only did so after an all company meeting had me as "employee of the month" or something but had my role wrong. REDACTED Even so, somehow my employer expected I maintain my leading status as an individual contributor while managing five people.
This progressively gets worse. It has nothing to do with becoming a manager.

A reorganization happened and a new person was installed above me. REDACTED My project management series is a consequence of that. I had to hire my team and another team. I interviewed around a hundred times.

I got burned out again, predictably. REDACTED I was ready to leave. REDACTED

The company was reorganized again and the person above me had their role removed from the organization. They are gone now.

I developed my team, got several great people working together, understood what to look for in candidates and so on. Finally felt like everything was going well.

We're asked to show up at the office in person with a false meeting name. "We have to cut head count in half" REDACTED "We grew too fast."

I had to pretend everything was fine, even to other managers who would be removed. It was one of the worst weeks in my life. I had to objectively rank and align every team member in the engineering organization to the organization's goals in the future.

Through convenient miracles, my team was left largely untouched. After all... keeping the product actually online to retain revenue is important.

Things settle again and we're back to being productive. REDACTED

It was not meant to be.

I get pulled into another mysterious meeting. "We have to cut head count in half, again" REDACTED

In a way, I handle it better this time. It still sucks. But this time I have to deliver the workforce reduction messaging.

One of my reports cries during the delivery. I do too.

Afterwards, I worked with that person for six hours to refine their resume. I had a reference call with a recruiter. They are now employed again and their team is praising their strength and competency.

I got pulled into another mysterious meeting. I cannot handle it anymore! REDACTED

The company has an all hands the next day REDACTED and they want to do damage control. REDACTED

And that's where I am now.

I finally figured out how to find happiness as a manager, how to grow my team members and promote them as their skills and competency magnify. Only to have my team cut in half!

I literally cannot fulfill my professional role in this environment.

I need to move on.

I found out that cryptography is my thing at this job, so that is a plus. REDACTED

Looking for a job

I have a few options.

I kind of feel for CISO. It is very intriguing and I managed to get my company to institute smart keys for privileged users. But, I would have to figure out politics which is yet another soft skill if I want some C-level thing.

I could continue a managerial / leadership position.

I could be an individual contributor again.

Right now, I am doing all of the above, and frankly I would rather not do that in the future. These are very different skill-sets and they compete for real head space.

As interesting as it is, I have only dipped my toes in the water and I am inexperienced. I do not have a mentor or coach I could ask for advice.

To be successful as a manager, I need to have a few things:

The only thing I have right now is an interesting problem space: cloud and application security and platform engineering.

To be successful as an individual contributor, I need to have a few things:

While I can, and have done everything my team individual contributors have, that does not mean I enjoy it. Maybe some people have fun with "DevSecOps" SDLC infinity loop stuff. Not me.

That means I need to find a place accepting remote positions with has a healthy culture and stable revenue. A "grow grow grow" startup will be a perpetual source of stress. A company that explicitly labels its engineers as a "cost center" is also a no. 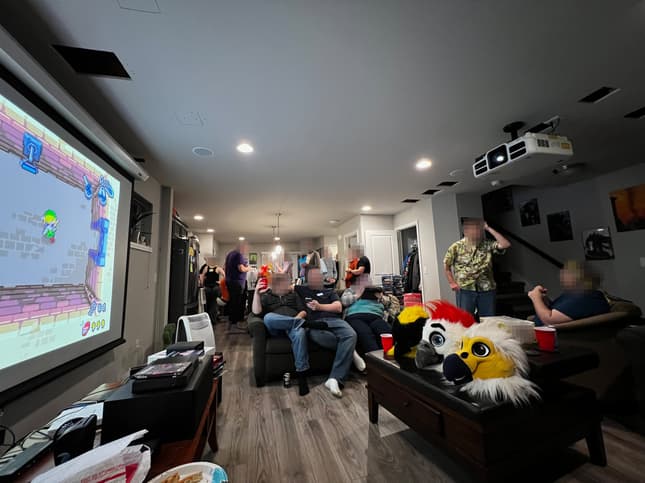 Seriously, what could possibly motivate me to leave behind a community of friends with all sorts of different passions, hobbies, life styles, professions, gender identities, romantic orientations, chosen online likenesses, and more? I am able to say: "Hey, I can host a new years party" and twenty three people show up. Years ago, the best I could hope for was to light off a sparkler with a roommate that worked at the same place. Remote work is here to stay for me. 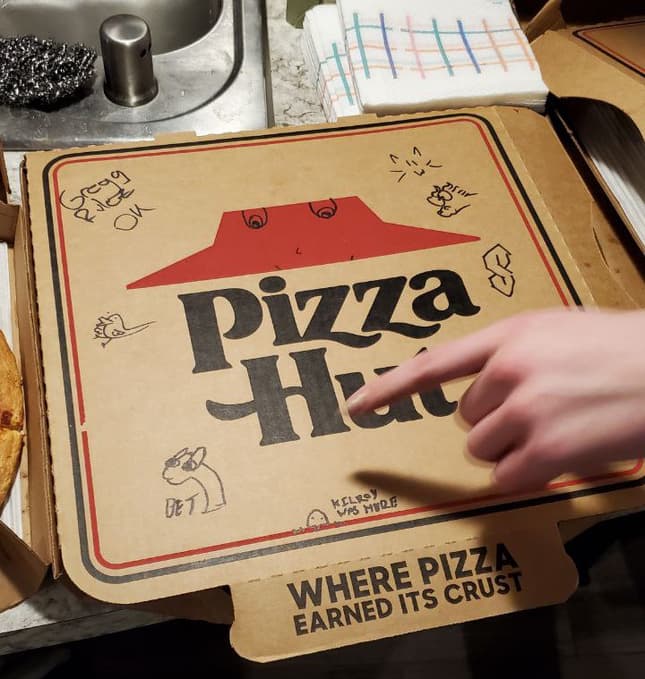 No job can replace feeling like people care that you exist. You can bet on that.

I have applied to a few places that involve cryptography. I hope that I am successful in grabbing a new job soon. I will keep my friends. 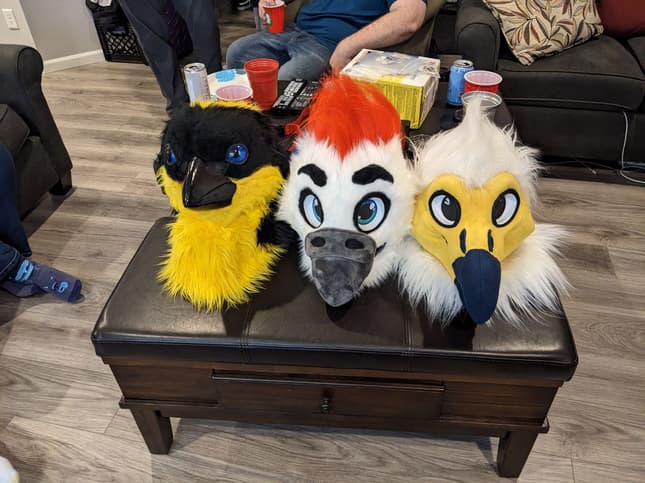