I won't be writing about the literal death and destruction happening in Ukraine in this article. It has rattled me so thoroughly that I had to take time off because of it. This will be a different type of article.
Today I saw misinformation propagate before my eyes. I saw someone unwittingly share junk to emotionally move their peers (which included me).

Misinformation: false or inaccurate information, especially that which is deliberately intended to deceive.

They (I'll call them Jay) shared an obviously fake id with some text added. Jay posted this with no comment of their own, no context, they did not even defend what they shared. 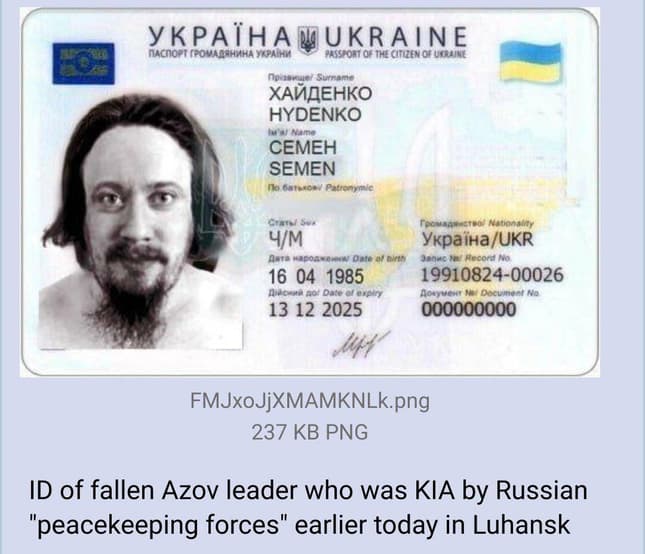 I doubt that Jay who shared did any diligence on this image. To me, it looks like something posted on an image board like 4chan. The document number is 000000000. This alone should be a clear sign that it is an example image. Also an ID without a shirt on??? And how exactly does some random ID with a person I don't know legitimize a claim? Is someone there pilfering wallets and scanning them for who died in action? There are so many questions people will leap over and never ask before sharing something. 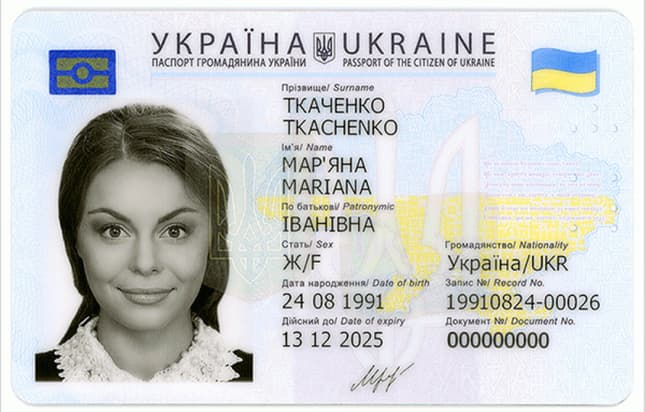 Another peer quickly chastised Jay for sharing something so obviously fake.

Oh look what I found on Wikipedia. Toootally not the base for this picture.

But there's more to it that wasn't analyzed. The text commentary in the image states something as fact without any means to authenticate it.

I doubt Jay or others on twitter who claim to be of Ukraine even looked up what Azov is. While the Azov Battalion appears to be a real thing with a history (on wikipedia) going back to 2017 (I did not look further) referencing neo-nazism, this specific detail looks like a hook to someone interested and ignorant.

I think anyone seeing what the Azov Battalion is and hearing one of many claims from the Russian president would then activate and share future information with a far more Russian-friendly perspective.

For the record: I am against nazis, fascism, discrimination, oppression, anything that places someone above or below another.
I'm not there. I don't know the names of things in government, the military, the culture of Ukraine. I do not have the means to effectively sort between truth and untruth.

The images and videos of explosions and car alarms blaring, the sight of destruction, the sonic whistle of missiles flying over... it is all so incredibly scary and unsettling. 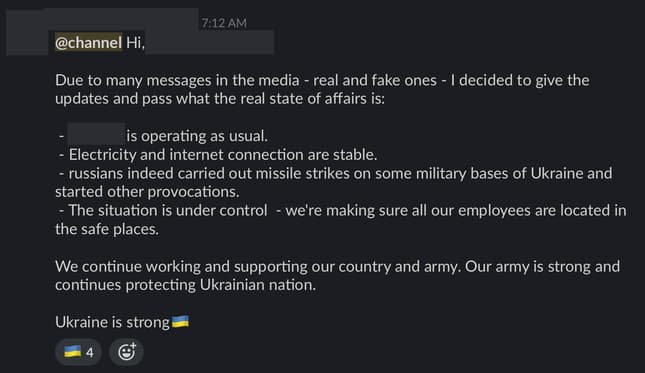 But I do know and work with people there. I have met some of them face to face before the pandemic. These team members I know by name, I see their faces on zoom, I have even interviewed and hired a few of them. They are more authentic to me than Twitter.

But back to misinformation:
It doesn't just come from other countries trying to trick you. It comes from people you think should have integrity.

It is up to you to evaluate what you see and to think about what you believe.
Who are you going to trust, some snake character on the internet? I hope to at least instill some caution into figuring out what is right and wrong.

Lies on the Internet by baines0

This is a really vulnerable and sensitive moment for everybody. I had to take today off because of the stress and worry I experienced.
People will take advantage of this moment, advantage of you. They will share convenient links to paypal saying they need help. You'll feel better if you think you helped someone in need, right? And if they show shocking imagery, that'll motivate you more.. right? This can't happen! You will emotionally react. You will fall victim to a scam.

But those who are in desperate need are focused on what's in front of them. Seeking shelter, food, water, or for some even weapons to defend themselves and their country. That's not something you can help with from an armchair.
The weirdest one I've seen so far is a patreon which has since been taken down... where subscription levels are weapon icons. Do you have any idea how slow your money will get to someone through a content subscription platform?

Where can you help?

Where can you really go if you want to help? There are established charity organizations you can send to.
Some organizations like 11 bit studios (based in Warsaw, Poland, a neighbor to Ukraine) will be donating all profits they make to charity. This is a positive move to make, I think some good will come out of it. Also, this announcement got them in the news so it uplifted their publicity. But also their stock is down 8% over the last month. Could that have motivated them to be generous?

However, that is profits, not revenue. Anywhere from 1% to 50% (completely made up numbers) of your money ends up to charity. Your money will be more effective going directly to a charity organization rather than what's skimmed off top from a game company.
It doesn't load very fast, but there is a Red Cross for Ukraine and their official donate link is is hosted by The International Federation of Red Cross and Red Crescent Societies (IFRC).

For those enduring the ongoing crisis, you have my best wishes. I hope you can live and love one another and find comfort with family and friends soon.