Do you have a project, a skill, a goal you'd like to complete or progress? Are you on your own, lacking leadership and structure, or could use more of it for yourself and your team? Here's what I've discovered works for me as a solo software developer and later as an engineering manager. This is a series of posts, the next post part 6 on documenting a plan with tasks comes next.

A plan is a procedure to get something done for the first time. It comes with risk, it comes with unknowns. The riskiest plans come without any steps. "YOLO" "lets wing it" may be energizing to some, but they do not inspire success. In fact, deliverables made without plans are pretty low quality.

The ex-CTO / founder of my current employer YOLO'd a lot. He would experiment and introduce new toys over the weekend, deploy on fridays at five PM, and then be bogged down with meetings all week so he never cleaned up after himself. I actually told him that I did not have confidence in his contributions. He actually listened to me and changed his behavior.

So let's talk about what makes a plan, what makes a procedure. A logical sequence of steps! Some steps can be performed concurrently. Some cannot, either due to depending on a prior step or contending for a shared resource. Really, tell me if you've watched TV, bathed, and done your taxes all at once.

In a way, plans are also like programs. They come wind conditions, branches, loops, and so on. But you're writing it for the first time and executing it. Oh! But wait! When you're programming, you run it and review the results, revising until it meets expectations right? Well, project plans don't have the time and resources to redo it five times like unicorn venture capital funded companies like Uber. So take the time to measure and simulate each step. Consider if each step's preconditions are sane. That the postconditions are accounted for. Even when there's an exception. How will you handle exceptions?

Way back when with shared university mainframes and all that, I wonder how programmers thought about their program before the arduous work of getting it loaded on the mainframe with hole punch sheets. Only to get the answers hours later... and it might have been run against someone elses data punch cards.

One of my university professors met their partner, a clerk for the university computer, when submitting hole punch program sheets for their grad studies.

Like a program, a plan should not skip steps. Sure, the people involved may be able to infer steps that are skipped and do them anyway. But enough of those will add up to confusion, producing the wrong thing, or excessive or a surprising use of resources. 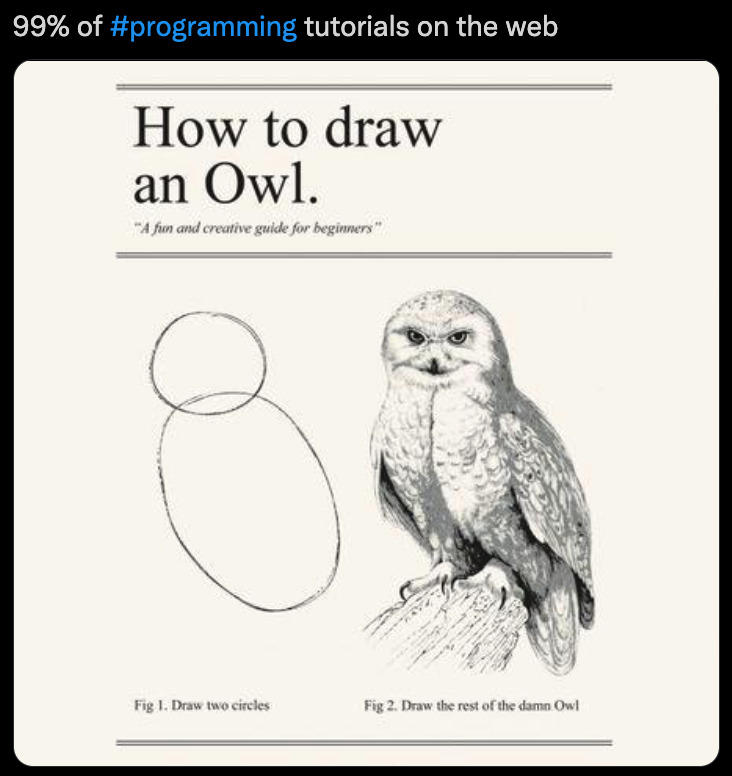 Like a mathematical proof, every step must be justified or given. And like making proofs, plans aren't fun for most people. 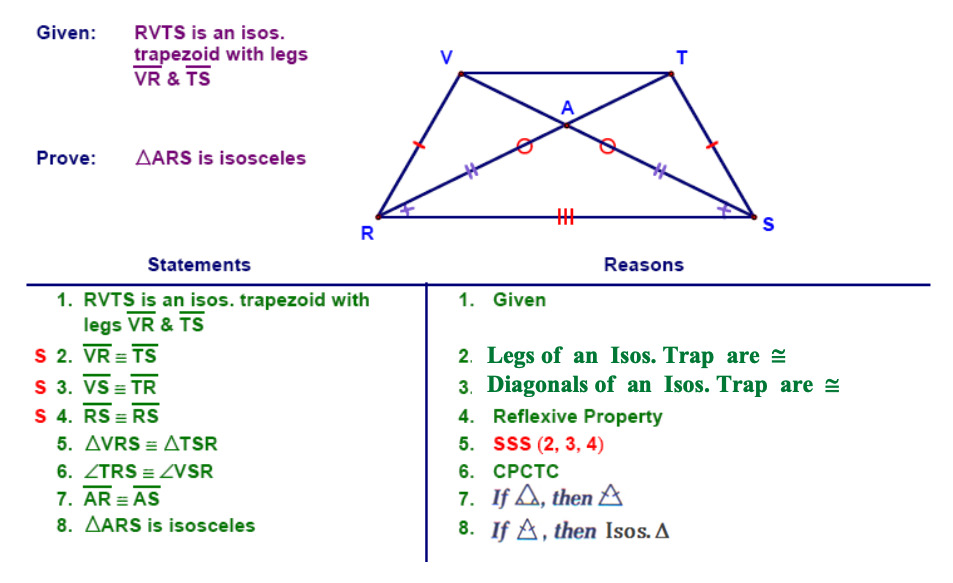 I was never all that gifted in math. But when it came to logical stuff I was able to work with that. My way was to visualize a network of conditional relationships and see if they connected right a whole. But once it was too big to fit in my head, I struggled with it. Thankfully, most solutions can be thought of with some abstraction.

Yet, if you think of it like a program instead of a mathematical proof, how does this change your approach? How does your perspective shift if you switch it to a language you're familiar with?

Even mathematical notation is a language invented to permit novel and useful ways of manipulating ideas in the domain of numbers and more. Or so I'm told on the internet, back in the day mathematicians used poems and spatial models to think about solving complex problems. Yet when it came to negative numbers they could not conceive of it. The language of 2d squares and 3d blocks could not support the ideas.

So if words like this aren't working out for you... 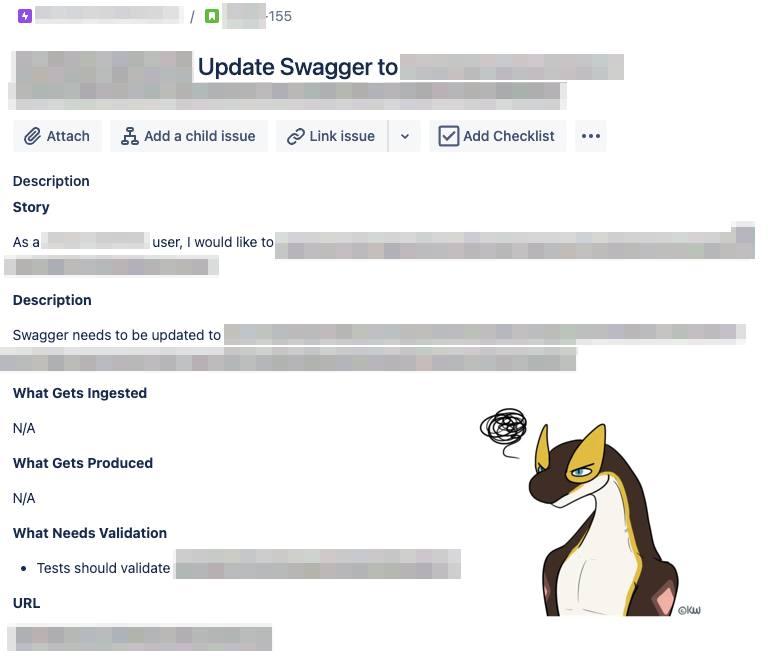 Then try something else before writing tasks.

This exercise above highlights a few interesting resource needs. 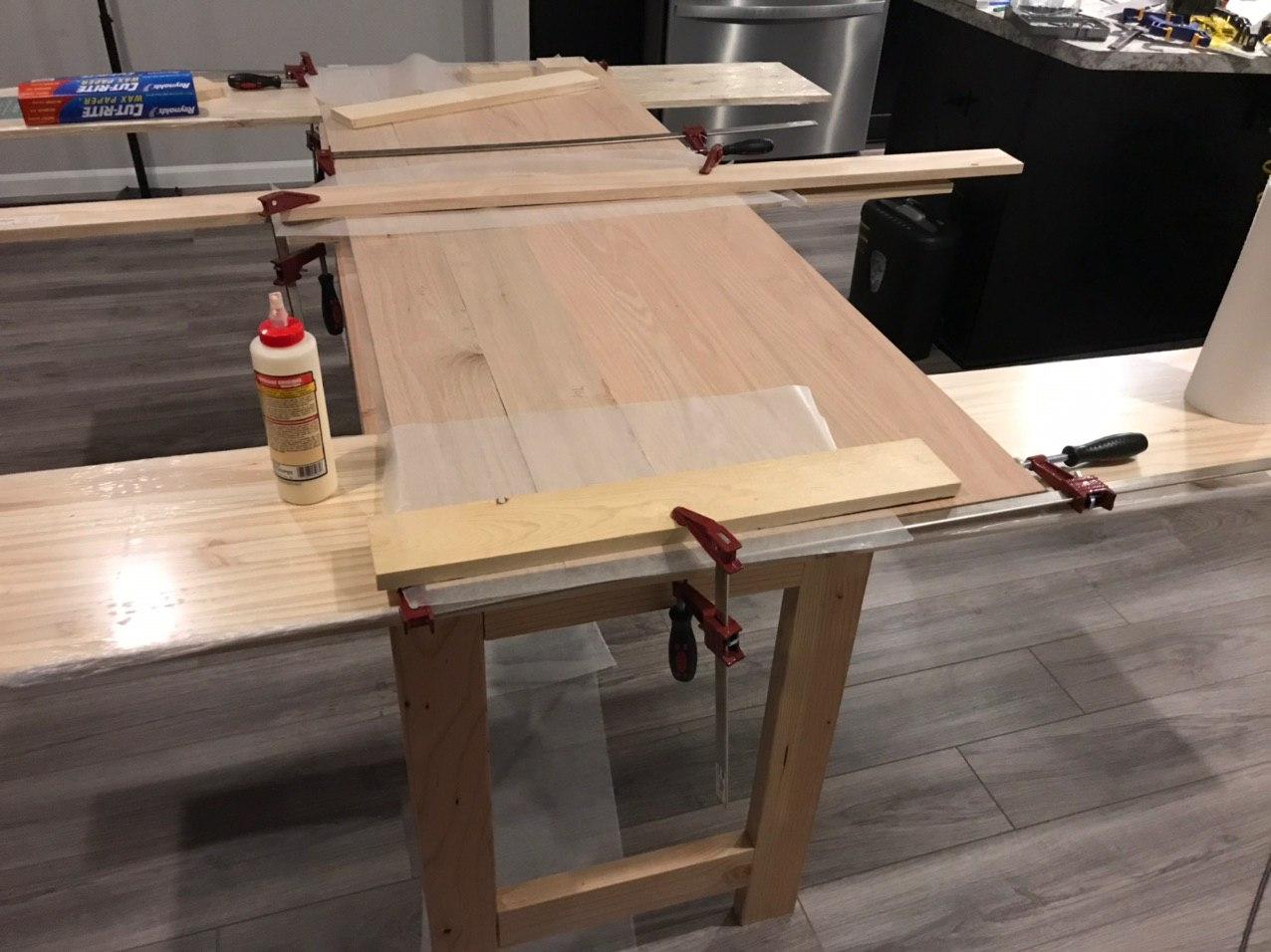 Reality differed a little. For the reference surfaces, I used several boards clamped together. Some of these boards came from other projects (A book shelf) I had planned for a later time. Instead of saw horses, I actually used the finished frame of the table. Underneath, I used wax paper to catch the drippings from the wood glue.

Anyway, this exercise of using a programming language allows us to do a bit more analysis and try a few more what-ifs. For example, what if we had a second person? Could sanding and jointing be done concurrently? Not on the same planks, but perhaps with a buffer between. Another spot might be that two people could glue up two halves of the table surface and join them at the end.

More questions might be, what if we have two people, and two sanders? These resources can be negotiated upfront before the project begins. You'll look better executing plans on time and on budget, and it'll look even better if you set the budget and set the time.

I hear that venture capitalists and investors care more about a business reliably hitting projections and promises as opposed to exceeding expectations. If a business does not know why they are succeeding, then they probably don't know when they will start failing.

Of course, if your plan reveals that you're using too many resources and you cannot request as much budget or time or whatever that you need, then you need to make some compromises, adjustments, and so on.

This program is a prototype that you can alter, that you can examine, and even peer review. It may be novel, it may be different, but a program language may be just the tool your peers need to understand what resources you need, what depends on what, and give feedback on the plan's soundness.

When you are confident that:

Then it is time to create tickets. This comes in the next post!

This post is the fifth of the series, part 6 on documenting a plan with tasks comes next.

You can succeed! If you're finding it hard to assemble your thoughts in one written medium, try another. Determining your resource consumption is a hard problem. That includes how much time you take! But if your bread and butter is solving problems in Java, C#, PHP, or Haskell then you can reorient project planning to your language of choice.
Ever wondered how math proofs prove something is NP-Hard? They translate their problems into another known NP-Hard problem. Academics can be confident in declaring properties of new models by reorienting their chosen model to another well known and studied model. You can see plenty of this on StackExchange.